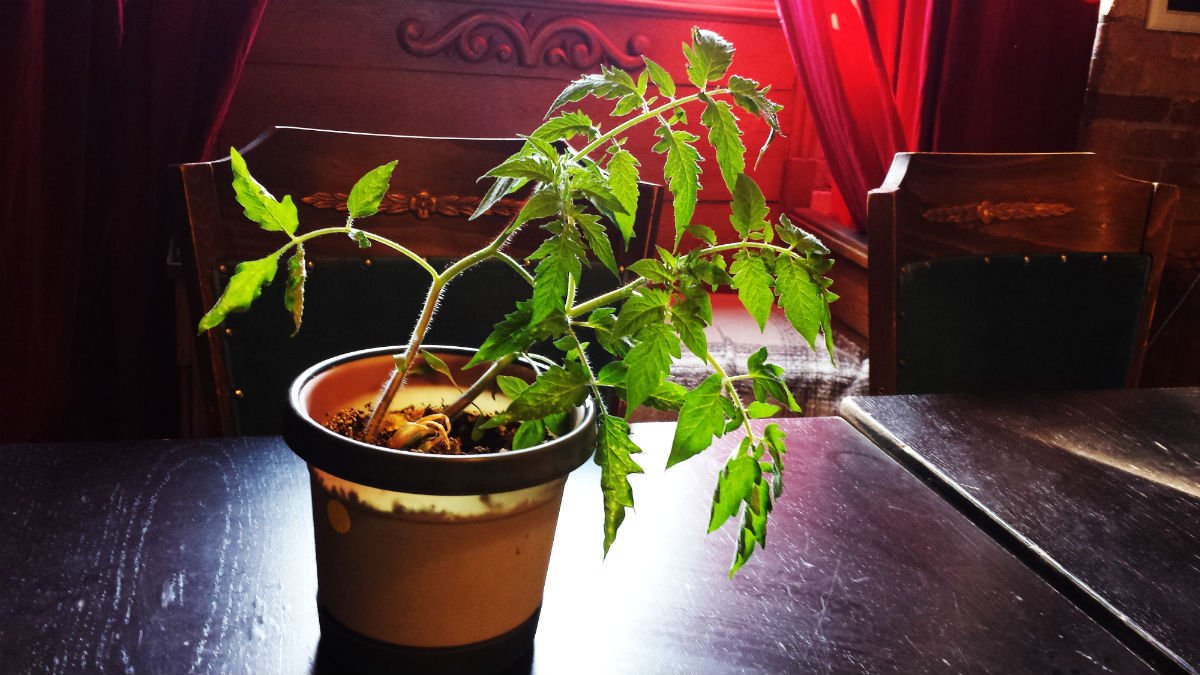 A tomato plant that grew directly out of compost produced by the CSI Annex cafe. Peppers, beans, and other plants have also sprouted.

Thanks to a bursary from the Landscape Ontario Toronto Chapter, we have just completed a year long project to compost food waste at the Centre for Social Innovation Annex (CSI) with a state-of-the-art flow-through Hungry Bin vermi-composter.

Though it took quite a while for the worms to multiply such that significant amounts of food waste could be processed, CSI is now converting about 10 lbs of waste from their kitchen and cafe and yielding about 5 lbs of compost per week.  For an amazing 8 months, there was no sign of any bugs in the bin. Eventually, due to overzealous feeding, we did end up with a bountiful supply of springtails and pot worms that coexisted alongside of the red wigglers.  We managed to keep this under control,  however, by adding carbon, reducing moisture, and reducing acidity via crushed egg shells. 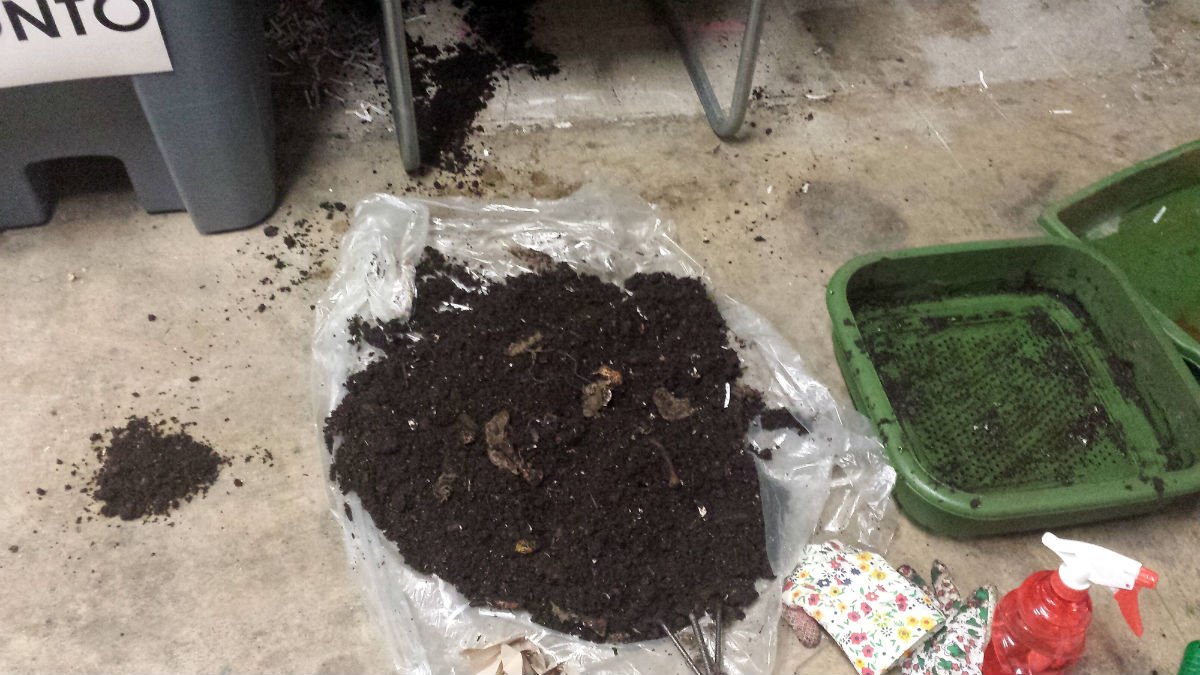 All that is recognizable after food journeys to the bottom of the bin are some partially decomposed tea bags.

All were very generous in cooperating with us and members and staff alike were eager to direct their food waste for composting. Some were squeamish at the thought of worms on-site but they stoutly endured their discomfort in the name of reducing CSI”s carbon footprint.

The compost that we generated has been added to plants at the Centre, which are, with their fortified soil, defying the odds and growing lushly in mostly low-light conditions! 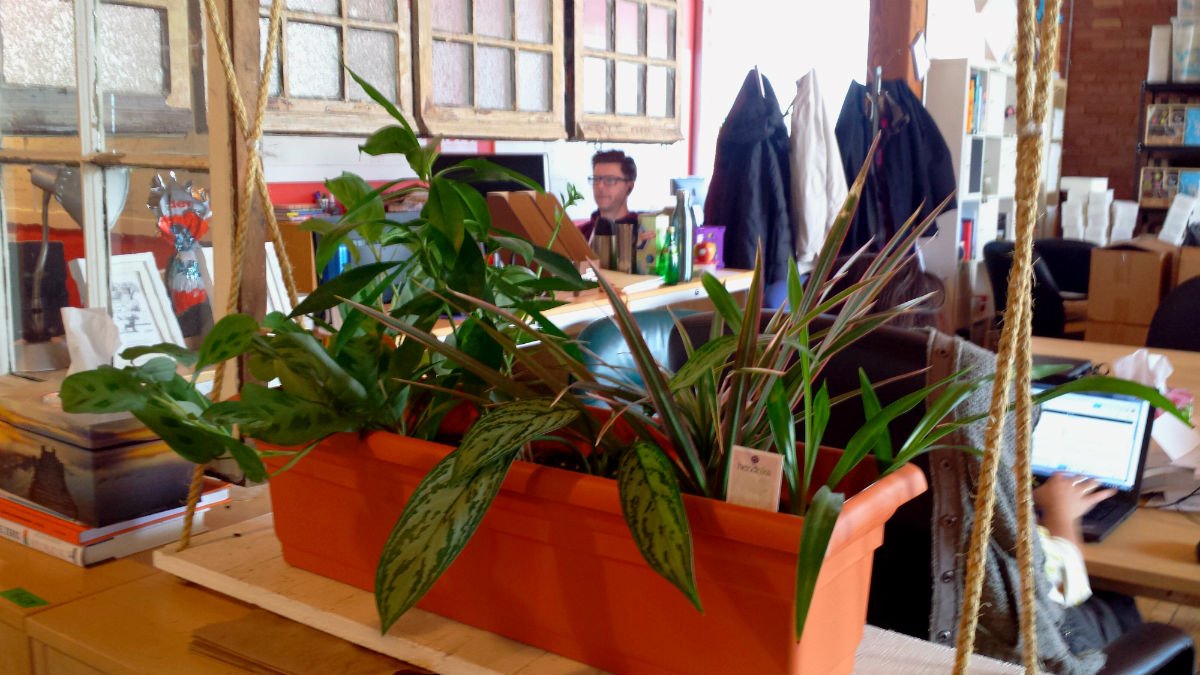 These plants are growing in 80 percent potting soil and 20 percent worm compost. Due to moisture retaining properties of worm compost, they survive infrequent watering.

Worm composting with the Hungry Bin  at CSI has been for the most part unproblematic, has made the plants healthier, and has engaged the community. However, to re-purpose all of the food waste at CSI, several more bins are needed. Currently less than one tenth of the food waste produced by the CSI Annex kitchens is being processed on site.